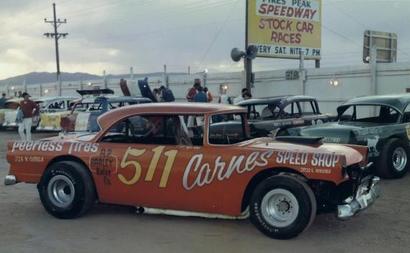 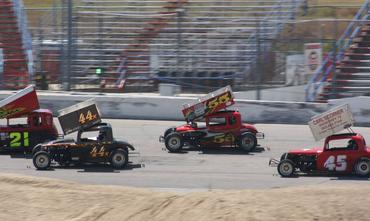 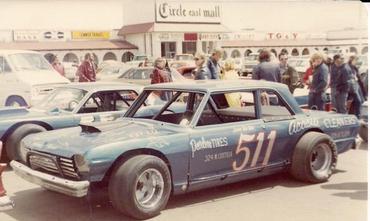 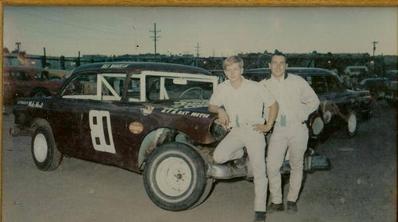 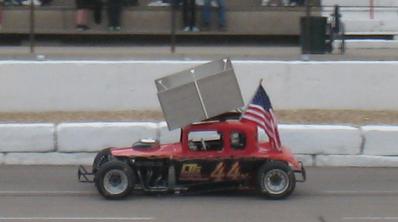 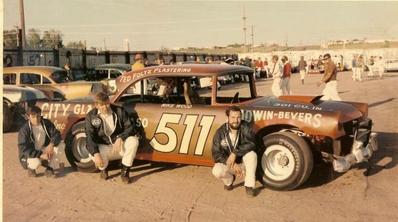 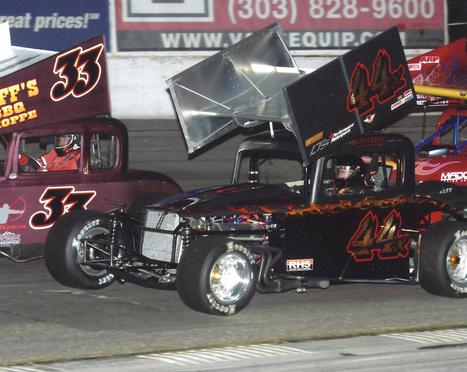 Message From Mike,
Automobiles have truly amazed me from the time I was old enough to be propped up in the seat of my Dad's 48 Nash.  By the time I was 5 or 6 I could actually name the make of most of the cars we would pass on the road.  I started building hot rods in high school (late 60's) and racing in the early 70's, the need for speed, as they say, was in my blood.  I started racing at the old Pikes Peak Speedway, east of Colorado Springs, Colorado in 1971, when high school pal Ray Daniels and I built our first race car together.  A local racer, Max Geddes (#38) traded Ray a rough old 55 Ford and as they say the rest is history.  Uncle Sam put a short stop to racing, but after I got out I started building and driving my own stock cars and later late models, racing all over Colorado.  At one point the spiraling expense of the sport of late model stock car racing soon caught up, what at the time was my meager budget dried up and I quit driving my own cars in the late 80's.  I continued to built race cars with and for two of Colorado's racing legends, Ray Daniels and Mike Bonicelli, which kept my racing passion alive.
During those early years I raced at most of the major tracks in Colorado and at one time or another I have also raced late models at many of the major short tracks in the western United States.
The allure of open wheel racing, something I'd never done, and my love of hot rods lead me to the Colorado Automobile Racing Club, which was the perfect mix of these two things. We made a return to racing our own cars with the CARC the Colorado Automobile Racing Club, which is the oldest automobile racing club in Colorado originating in 1946, we debuted the 44x during the 2011 season.  I came to the CARC not as a racing rookie, but with no open wheel, mod coupe experience.  Late models and modified coupes are worlds apart from a driving perspective. I have to say sitting over  the drive shaft in a race car was a WHOLE new experience for me, but we slowly figured it out.
Our original 44x modified coupe was a Wilson Chassis Works, square tube,
independent coil-over suspension chassis  sporting an original '32 Chevy steel body, and a  Rod Guilford Racing Engines 362 cu. in. Chevy small block race motor.
Our later car  was a new design Wilson Chassis Works coil-over tube chassis, a 32 Ford coupe fiberglass body and a new 370 cubic in Rod Guilford Racing Engines Chevy small block race motor. We chose our CARC car number because team management (Janie, my wife) preferred it and our former car numbers (511 & 88) were not available options.  The X in 44x is a carry over from our old days racing when the cars coming from southern Colorado, where I raced mostly, were often asked to put an X after their car number when we would come to the big city (Denver) to race. Unfortunately the CARC has fallen on hard times and struggles to survive.

This renewed passion fueled a love for coupe racing in Colorado and it's rich racing history dating back to the 1940's.  I inherited the CARC www.modcoupes.com website in 2011.  We totally rebuilt the site and now it is designed to be a historical website focused on the history of coupe racing in Colorado.
Over the years I've also built cars for the Pike's Peak Hill Climb in the late 70's.  I LOVE going fast, no matter what the format might be!
AJ Foyt has ALWAYS been my racing hero, because AJ could do it all, in whatever car he climbed into, very few racers can make that claim, at least not at the level that AJ did it!
Janie and I are partners in the 44x mod coupes. A good friend, who has moved on to the Big Track in the sky,  Michael Simmons was an original partner in the 44x coupes as well, forming Simmons & Wood Race Cars.   Like many small local race teams, we live the life of few crew members and a lot of work for the family. Janie is my crew chief/crew/spotter and my biggest supporter, digging right into all activities at the race track.
We sponsor our cars through LTS Performance Motorsports and Simmons & Wood Race Cars.  As a retired person the racing and hot rods/motorcycles now keep me busy and out of Janie's hair.  Janie and I live in Centennial, CO, south of Denver.  We have three grown children Tim, Alisa and Jenna and four grand children, Zach, Kaleb, Shaun and Sophie.
We love sharing our passion and  chatting with other car people on this website via our "Contact Us" link.  We look forward to seeing or hearing from you soon!